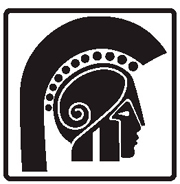 I am a big fan of Palladium. It was first introduced in the 1930’s when Platinum was all the rage, and then again in the 1950’s, but it never caught on. When Palladium was given the stamp of approval in 2009 when it received its official hallmark, the jewellery industry took a huge collective intake of breath – what would it mean for 18ct white gold and Platinum sales? But now, I am sure that most jewellery designers would agree with me that Palladium has been a fantastic addition to the range of precious metals available. It has great ethical credentials and has the crisp, almost clinical bright whiteness of its older sibling, Platinum; and the best part? It has a MUCH less terrifying price tag to boot!

I recommended Palladium to my friend Neil, who, when it came to choosing his wedding ring, was totally overwhelmed by the agonising variety of white metal wedding rings on the market. And who can blame him? When we look at the white metals available, the groom-to-be has to choose between Platinum, 9ct or 18ct white gold, Palladium, Titanium, steel, cobalt or silver. When we take into account that most consumers are usually total jewellery novices, how do any of them make a decision?

Neil loves his Palladium ring; it’s perfect for him because it is so lightweight. The concept of wearing rings was totally alien to him, as it is to a lot of men, yet Palladium does not have the claustrophobic weight of Platinum. He was also drawn to the fact that Palladium’s bright white colour would never fade or wear, unlike rhodium plated white gold. Of course, this was before the release of Palladium 500.

In 2010 when the hallmark for Palladium became compulsory, the only Palladium available was that with a fineness of 95%. The hallmark means that the consumer could rest assured that their jewellery is made using metal 950 parts pure Palladium out of 1000, just like its older sibling Platinum. Now there is another metal thrown into the mix; manufacturers and retailers decided to launch Palladium 500, half as pure as the original at 50%. Scarily, some retailers fail to distinguish the two and rarely seem to understand the difference. Sadly, this raises some serious ethical issues and risks the consumer’s trust in this exciting metal.

950 Palladium is made up from 95% Palladium with the rest made up from a combination of Ruthenium and Gallium. Palladium 500 is 50% pure with the other 50% made up of silver. This may skew its label as hypoallergenic because silver can contain traces of nickel, which some wearers can have a reaction to.

Worrying news indeed. My concern is that the reputation of Palladium is in danger of being tarnished because of a lack of transparency in labelling. Ill-informed staff on the high street, through no fault of their own I must add, also confuse the issue for the consumer.

In Hallmarks we trust

Hallmarks exist to protect both the maker and the consumer. In order to receive a stamped or laser etched hallmark, items are sent to the local assay office (located in London, Sheffield, Birmingham and Edinburgh in the UK). Here, they are rigorously tested to confirm that they are truly made of the metal the maker claims them to be. Not only that, but these tests also confirm that the metal is at the correct fineness level. If the piece fails to match the paperwork the Goldsmith sends with it, then it is destroyed. Therefore, Goldsmiths have to source their metal from trusted suppliers to preserve their profit margin. Small scale jewellers could easily be ruined by poor quality bullion. Consumers can truly trust that if, for example, the piece is stamped with the following mark, it is 950 Palladium.

As you can see, there is a further fineness level to contend with – 999. However, this is not a common variety on the high street.

So my advice is, don’t be shy: ask to see the hallmark before you commit to buying a piece of Palladium jewellery. If the numbers read 500, the purity is practically half of that of 950 Palladium. Don’t pay over the odds for a lower quality material. 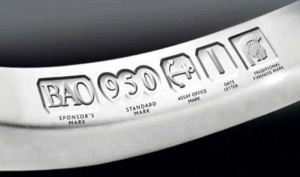 Word on the street is that in mainland Europe, a new Platinum alloy is growing in popularity, and guess what? It is lower in fineness, just like Palladium 500. So we could be looking at yet more white metals to choose from, this time in the form of Platinum 600. Fingers crossed the powers that be realise that the UK market is already saturated with choice; to add yet another layer of complexity may confuse the general public further.

Every piece of jewellery tells a story.